Barry Horne was an animal liberationist who died in a UK prison hospital on November 5th 2001. He had been sentenced to 18 years in prison for a campaign of economic sabotage, carrying out criminal damage and arson attacks against companies involved in the vivisection, leather and fur industries. His actions were allegedly claimed in the name of the Animal Liberation Front (ALF) and sometimes the Animal Rights Militia (ARM), taking place in Bristol and the Isle of Wight

In prison he went on hunger strike several times in protest against government support for the vivisection industry, and their broken pre-election promises about animal experiments. The third of these hunger strikes lasted 68 days, and Barry never fully recovered. From this protest he generated worldwide publicity, and initiated a huge uprising of animal liberation activity, the effects of which are still being felt even today – eight years since his death.

His memory has been remembered every November, for being an inspiration to the movement and giving his life to animal liberation. This year actions have been dedicated to Barry from as far afield as Latin America, with dozens of deer returned to freedom by the ALF in Spain, 17 rabbits freed from a university in Uruguay (Video), four sheep rescued from a farm by the Igualdad Animal’s Open Rescue Team in Spain (Pictures) and a Max & Co fur shop and leather shop painted red by the ALF in Italy and Chile. The Mexican ALF also rescued four ducks and two hens from a breeding farm (Pictures) and caused dirsruption to Novartis with a bomb hoax in the capital for Barry. There was also a protest outside HLS in rememberance of Barry in Occold, Suffolk by SHAC campaigners. Leather company sabotaged for Barry in Chile by the ALF, November 5th 2009 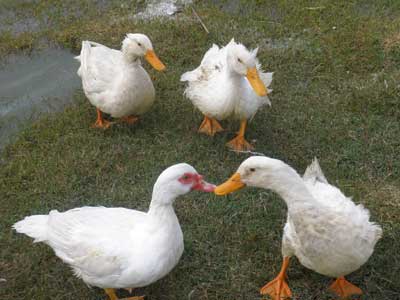 Four ducks and two hens rescued for Barry in Mexico by the ALF, November 5th 2009

SHAC protest outside HLS in rememberance of Barry in Occold, Suffolk, November 5th 2009

It is always easier to see the reasons why we cannot succeed, Always easier to shrug our shoulders and believe the best we can do is try, almost as a token gesture. With no belief in success then success becomes so hard to achieve, almost an impossibility. A bit like Animal Liberation really, an impossible concept. We know it’s not though, or else what are we fighting for? We should never be afraid to succeed or believe we can succeed. And we should never be afraid to reach for the stars? if that’s what it takes. With this hunger strike we are saying to the government of this country that we want it all and we will accept nothing less than success. How can we possibly ask for less? To do so is to condemn so many animals to a life of suffering and death. Believe me, the time has come to reach for those stars and believe it is possible.

Many people say that this protest cannot succeed because the government don’t care, they won’t give in, and they have no feelings for the animals. Others say that the objective we ask for is too much, we should ask for less, aim for a more easily obtainable target. They say, you cannot expect it all; lets take it a step at a time. My answer to this last one is that we have done exactly that for years now. We have taken it a step at a time down the long road we have trodden for justice in the labs. And now we have reached the point where we are in sight of out goal. There are no more steps to take except this, the final step for the total abolition of vivisection. Make no mistake; the objective of this hunger strike is not to demand some thing that cannot be given. For we are reasonable people, and as such we do not demand an instant solution. Instead we say ‘within an agreed period of time’. That means exactly what it says, No double-dealing, no empty promises, no secret deals. Give us a time limit that is agreeable and give us your word on it.

To the Labour Government I would say this; you have treated the Animal Rights movement, the thousands and thousands of animal lovers in this country most shabbily. In the months leading up to the election you said so many fine things, gave us promises and pledges, assured us time and time again of your honourable intentions towards the animals. And we believed you. Because of that thousands and thousands of people voted for you gladly believing here at last was a government that would keep its word and help the animals. You have let us down and you have betrayed the animals that you pledged to help. We will not forget this; it’s not enough to say that you have not had time yet to do what you have promised. Your words since the election proved this, they speak to us only of a lack of feeling for the animals. You tell us they are not a priority. To the thousands who gave their votes to you, they are indeed a priority and you would be wise to remember this. So show us now that you are men and women of honour, that you have compassion, that you are committed to ending the suffering of the animals in the vivisection labs. On this issue talk to us and we will listen but do not betray the animals or us again, or we will not forget.